During migrations and implementations, it is important to know what the quality of the IT was before, during and after the process. This can prevent incidents, complaints and unnecessary costs. During its VDI migration, and later during the EPD implementation process, St Anna Zorggroep utilised monitoring to maintain grip on and control over its IT environment.

St Anna Zorggroep consists of three different parts: St Anna Hospital, Ananz and TopSupport. Each brand has its own speciality within the health care market. With a total of more than 2,500 employees, the care group forms a regional network of care professionals. By means of the regional focus and small scale, the organisation can optimally respond to the demand for health care of its patients and clients.

Up until 2014, employees of St Anna primarily worked with fat clients on which the office automation and specific medical applications ran. This workplace environment has been replaced in phases with a VDI environment. Approximately 700 simultaneous users work on the environment each day. Marcel Verbunt, head of MICT, says “We have defined performance objectives for actions such as starting an application or changing users, and then searched for a party that could help us objectively assess those objectives. That is how we came into contact with Sentia.”

After the VDI migration, a new Electronic Health Record (EHR) was implemented that approximately 1,700 employees work with. “Because we had good experiences with the process during the first migration, we involved Sentia in this process as well,” Verbunt says.

Objectives regarding performance have been determined in advance for the VDI environment and the new EPD. Even when major changes take place after going live, we can fall back on the monitoring of the previously formulated objectives. The main click paths have been identified and the performance of these click paths has been measured. For the new VDI environment, the scalability of the infrastructure was of particular importance to be able to guarantee the quality. “During the implementation of the new EPD, we were able to immediately verify whether the infrastructure and the new VDI environment could handle the new EPD,” Verbunt explains.

Based on the baseline measurement, it appeared that load times of a number of important parts of the EPD were slower than anticipated. Based on further analysis, it appeared benefits could be obtained on various components, both at the hardware level and within the application.

The go-live was then closely monitored. Any disruptions could be quickly identified and resolved. “We implemented Ymonitor mainly to check whether the objectives set previously were achieved,” Verbunt says, “that especially was the power and value of Sentia for us. Using the objective figures, we were able to approach the suppliers and implement targeted improvements. In that way, we make optimal use of the application and our infrastructure.”

Agreements have been made for each transaction regarding the desired performance and, if this deviates by a certain percentage, action will be taken. “Together with the supplier, we have formed a taskforce that met weekly initially to carry out optimisation. These meetings are now held on a monthly basis and all of the applications show the desired quality level through VDI.”

After completing the VDI migration and the EPD implementation, St Anna continued monitoring to maintain a grip on the quality that employees experience when working by means of VDI and the EPD. “The goal now is to further embed Ymonitor in the processes of our application administrators. After all, the performance of the major click paths is a steering tool for both our IT department and our suppliers. Moreover, based on the performance, we can justify certain investments and avoid unnecessary discussions,” Verbunt says. 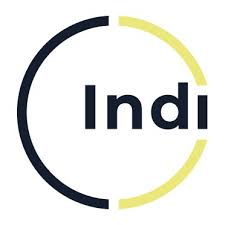