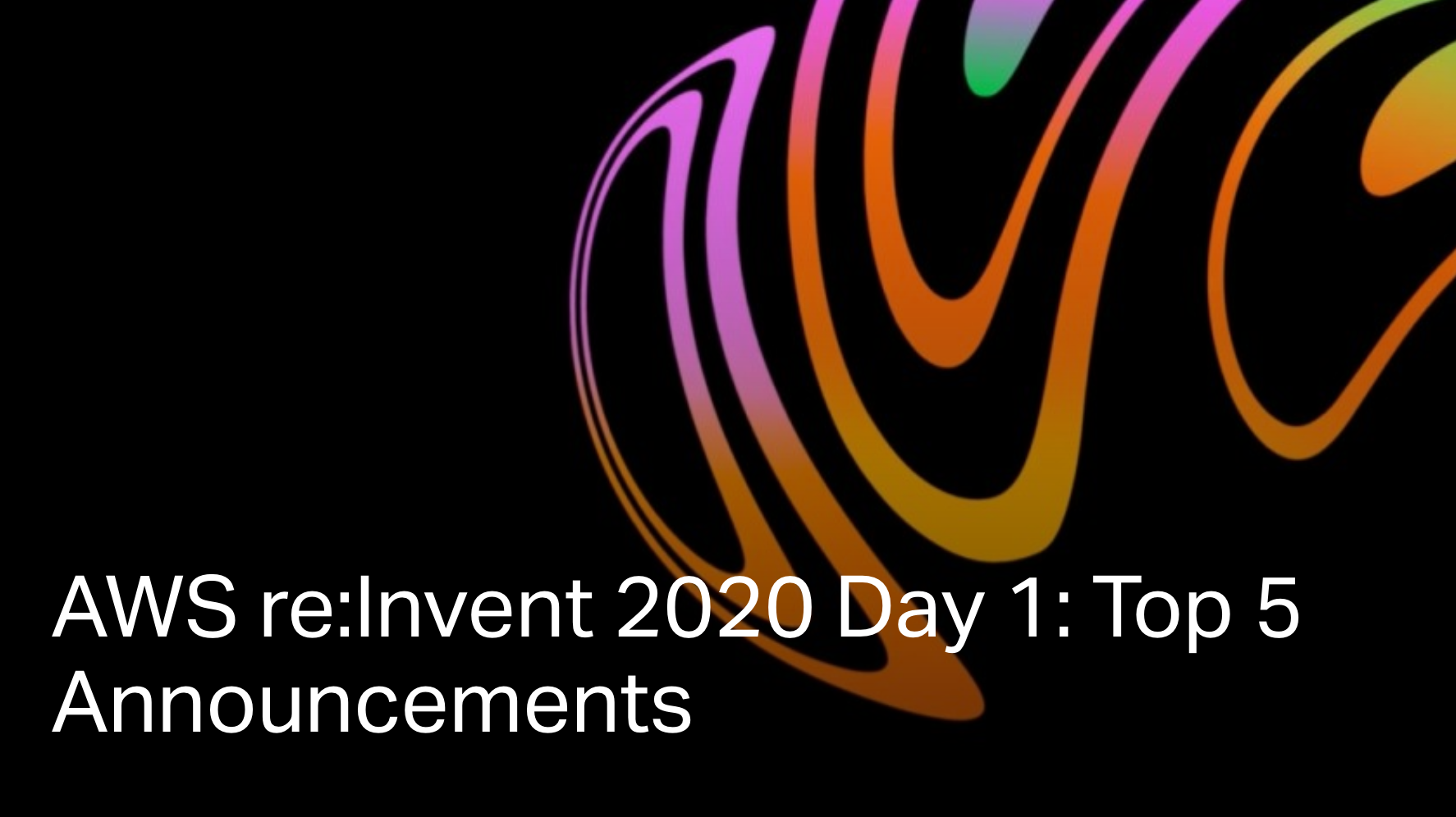 The first virtual re:Invent has officially kicked off with Monday Night Live and Andy Jassy’s keynote. In this article we’ll highlight the 5 most important announcements and releases for day 1.

EC2 instances on AWS have run on Linux and Windows for the longest time. Now AWS is adding the third big operating system, Apple’s Mac OS. There are two reasons Mac OS hasn’t been available before.

Mac OS licensing: The other reason why running Mac OS in the cloud is not commonly available is Apple’s licensing terms: you can only run and virtualize Mac OS on Apple hardware. To overcome this, Apple has deployed thousands of Mac Mini computers in their data centers and connected them to the AWS Nitro system through Thunderbolt 3. This also explains why the only available instance type is mac.metal: you get the entire physical instance to yourself.

So if most workloads in the cloud run Linux or Windows, what do we need Mac OS for? Well, some processes only run on Mac OS, like building and testing applications for iOS, MacOS, tvOS and Safari. If you’re building applications for these platforms at scale, you will need to do a lot of testing; for multiple versions of MacOS, for multiple hardware platforms, multiple screen sizes, and so on. Cumulatively, this can lead to hundreds or thousands of tests and builds per application version.

Previously, developers needed to maintain their own Mac hardware to support these builds and tests. With Mac OS in the cloud, you get all the conveniences and security features of EC2 - without purchasing any hardware.

There were three big announcements for Lambda yesterday:

Lambda functions can now be configured to use up to 10GB of RAM, up from the previous 3GB (or thereabouts). CPU processing power scales in parallel, and can now offer up to 6 vCPUs. If you optimize your functions for multithreading (and the new support for the AVX2 instruction set), this can drastically reduce your execution time. Combine this with the previous point, and Lambda-heavy workloads can look forward to large cost reductions.

The third release adds container images as a packaging format for Lambda. This will smooth the transition from current container-based workloads to Lambda. Additionally, a container can provide up to 10 GB of packages and supporting libraries for your functions, where the previous deployment packages (with or without Lambda Layers) were limited to 256MB. This is a big win for machine learning inference, for example, where packages like numpy and scikit-learn would easily break size limits.

Amazon announced Aurora Serverless v1 at re:Invent 2017. Although cool in concept, it had quite a few issues in real-world applications. These included very slow scaling, high costs at any realistic load, and missing features like multi-AZ deployments.

Aurora Serverless v2 promises to solve these issues. It’s currently in preview, but will likely become generally available (GA) in 2021.

Relational databases are commonly the least flexible component in an elastic environment. For example, your EC2 autoscaling groups might scale between 2 and 200 instances, DynamoDB offers dynamic capacity between 1 and 1.000 WCUs, but your Aurora Cluster is always configured at a static instance size (an r5.xlarge maybe). Manual scaling is possible, but might take hours, depending on your database’s size. Additionally, you need to manage the infrastructure for this database.

Aurora Serverless v2 can scale up and down in a fraction of a second, matching your requests and users as they ebb and flow. This leads to a better user experience, reduced costs and less operational stress.

Amazon has released DockerHub. I can’t put it any more concisely than that. Previously, ECR repositories were always private and could only be used by authorized systems and accounts. For public images, users generally used non-AWS products like DockerHub. With this new release, Amazon enables users to use ECR for public images as well.

On November 20th, DockerHub has introduced new rate limits. These have led to many issues for users depending on public images. With ECR Public Repositories, Amazon is obviously offering an alternative solution, which in turn might act as a gateway into the broader AWS ecosystem for new users.

There are three major releases and announcements for EBS:

The new gp3 volume type is 20% cheaper than then current gp2 volume type. Additionally, it provides a higher baseline performance (in both IOPS and bandwidth), and it is the first general purpose volume type that allows you to configure IOPS independently from disk size. This last feature is great for small-size, high-IOPS workloads, which previously required you to either deploy very large volumes (with very low usage) or use the expensive io2 volume type.

Speaking of io2: you can now run io2 disks on the next generation of EBS hardware, EBS Block Express. With io2 Block Express, you can deploy disks up to 256K IOPS, 4000 MBps of throughput and 64TB in size. All of these measures are up 4x compared to normal io2 volumes, which max out at 64K IOPS, 1000MBps and 16TB. The new io2 Block Express volumes also offer 99.999% durability (0.001% annual failure rate), up from 99.8% - 99.9% for all other volume types. This is a game changer for workloads with high reliability requirements, which previously depended on strong backup mechanisms.

Simple Storage Service got a few releases that were not covered during the keynote. These are significant enough to warrant their own blog post. Read all about it here: AWS re:Invent 2020 Day 1: S3 Announcements

We’re one day into re:Invent and I’m already overloaded. It would be good for my health if the releases slow down a bit… but I guess we’re simply in for a wild ride. You can expect these posts almost every day in the next few weeks. 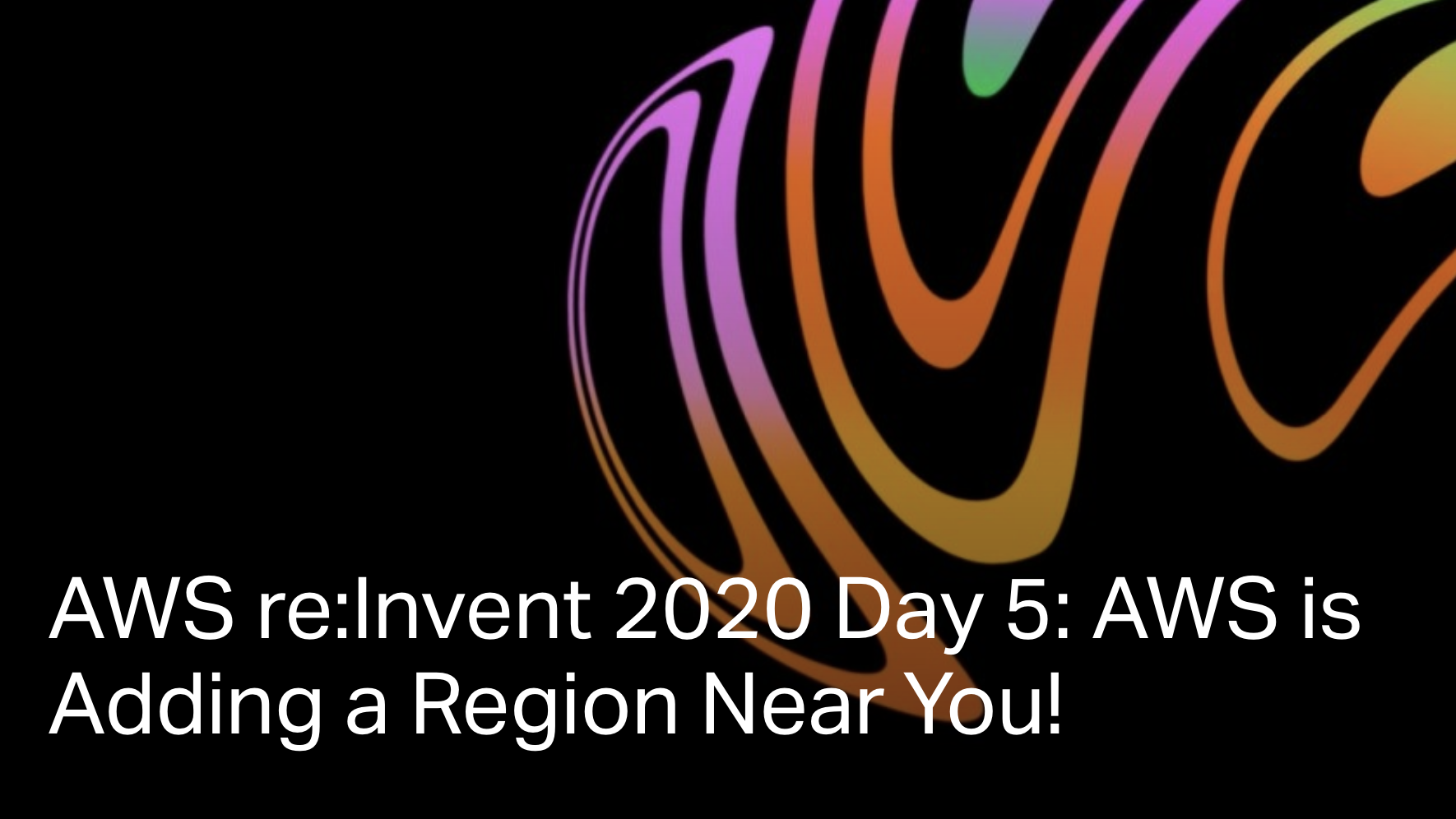 AWS has announced a new region in Melbourne, to be opened to the public in the second half of 2022....
Read more » 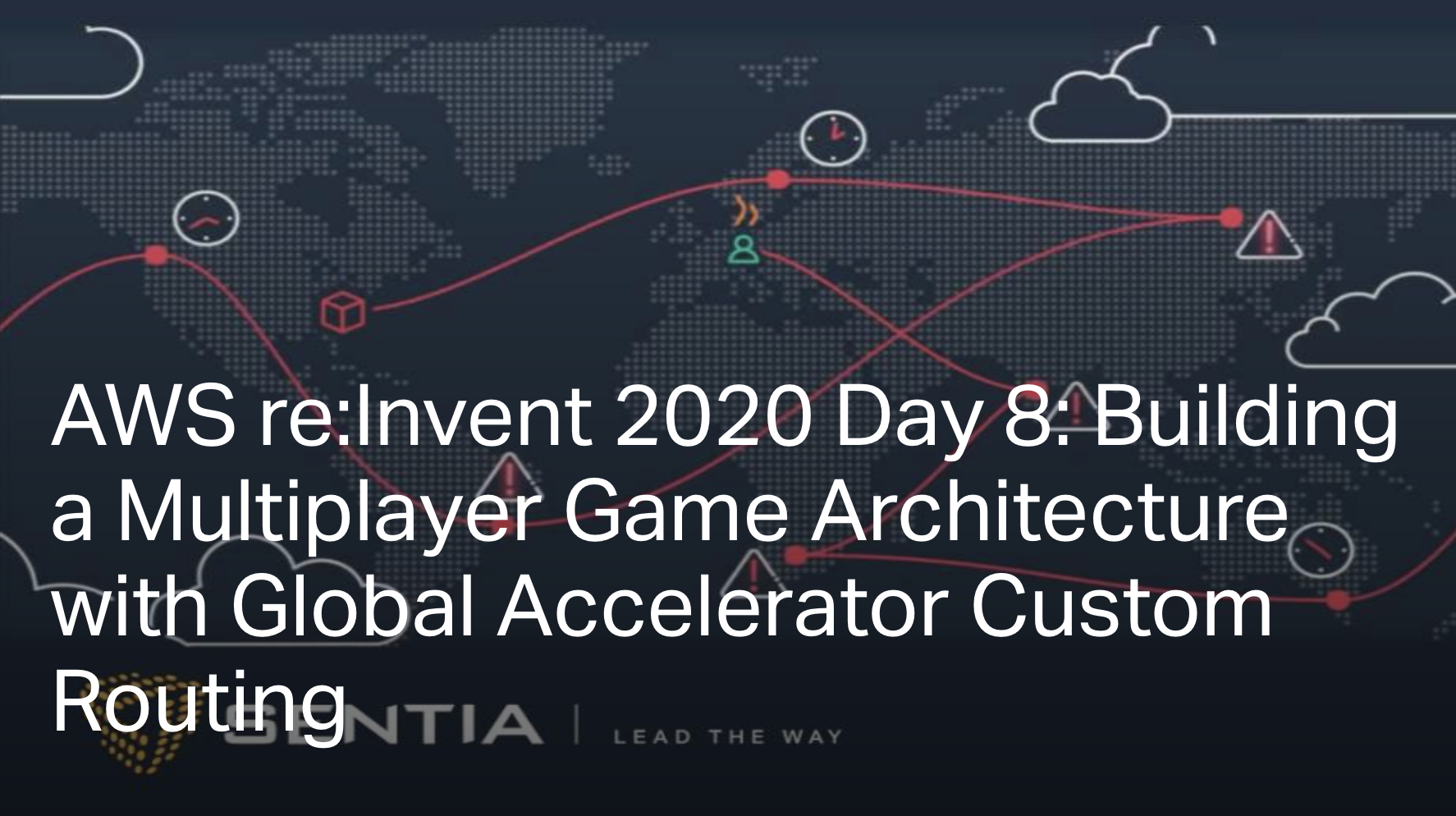 Custom Routing for Global Accelerator is a niche feature: your company might not need it, but...
Read more »